US Dollar Grasps for Support at Eight Month Lows 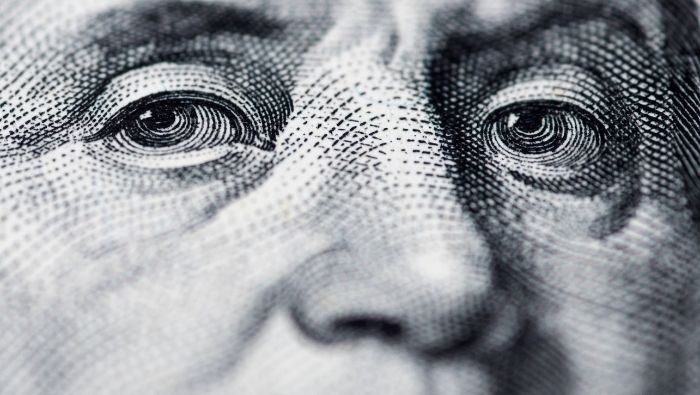 Get Your Free USD Forecast

It’s been a week now and the US Dollar is still grasping for support at the 101.77 level that had come into play last Monday. That price was tested through on Wednesday and then again yesterday but, as of yet, there’ve been no closed daily candles below indicating some element of support showing from this spot on the chart.On the other side of the argument, however, bulls haven’t exactly taken control of the matter as there’s been a continuation of lower highs on the daily chart. At this point, it seems as though there’s been little motivation for sellers to add exposure whilst near support after a strong bearish trend that’s now going on four months old. But, on the other hand, there’s not enough of a bullish indication to pull buyers into markets to test resistance at prior areas of support until we get the initial stages of higher highs; and it seems as though there hasn’t even been enough bullish drive to compel a larger short squeeze since the USD’s flicker of strength in the first week of the year fell flat after the release of Services PMI data.Looking ahead, there’s a PCE release on Friday and this is the Fed’s preferred inflation gauge, and that could be the next jolt of excitement for USD.US Dollar Daily Price ChartChart prepared by James Stanley; USD, DXY on TradingviewEUR//USDEUR/USD put in a very nice resistance inflection to open the week, with price running up to the 1.0933 level that I had looked at on Friday before turning around, leaving exposed upper wick on yesterday’s daily candle.EUR/USD Daily ChartChart prepared by James Stanley; EURUSD on TradingviewThis type of candle atop a trend sets up a possible shooting star formation, which can be early indication of a top. The problem at this point is the mirror image of what was looked at in USD above, as short-term structure retains a bullish look with higher-highs and higher-lows holding at support from prior resistance.The 1.0750-1.0787 zone remains key and that’s already seen quite a bit of action; for sellers looking at bigger picture swings, the 1.10711 level may be an optimal level to track for bears taking a more-concerted approach on the pair.EUR/USD Four-Hour ChartChart prepared by James Stanley; EURUSD on TradingviewGBP/USD Res HoldYesterday’s high for GBP/USD printed right at the prior December high of 1.2447. This sets up a possible double top formation but for that to come to fruition, we’ll need to see price break the neckline of the formation all the way down at the Fibonacci level of 1.1843. That’s a little more than 600 pips of distance from the top to the neck; and if applied to downside breaks, projects to a possible support test of 1.1243, which would be a massive move and likely something that would need to correlate with a bottom in the USD. So, there’s still work to be done for that scenario to come into the picture…On a more near-term basis, the 1.2303 level is being tested as support today and this is a big level for this week as it’s the 50% marker of the same study that helped to catch the low a couple of weeks ago. This level had also helped to hold the highs over a three-week period in December, and if this week’s bar can close below that level after last week’s close above, it could illustrate a sense of rejection that could keep bearish scenarios in-play for next week.And if that can further develop, the initial scenario with the double top gets a bit more attractive.For now, I’m tracking next support at the psychological level of 1.2250 and then 1.2100.GBPUSD Daily Price ChartChart prepared by James Stanley; GBPUSD on TradingviewUSD/CADThere’s a rate decision out of Canada tomorrow. USD/CAD has made itself comfortable at a key spot of support from the Fibonacci level at 1.3338. This level was in-play on Friday, Jan 13th and led to a bounce up to the 1.3500 psychological level, which showed as resistance from prior support before price retreated right back to the Fibonacci level.This keeps a bearish tilt to the pair and this could be perhaps one of the more attractive majors if looking for scenarios of USD-weakness to continue. Next support in USD/CAD is at the current five-month-low of 1.3250.USD/CAD Daily Price ChartChart prepared by James Stanley; USDCAD on Tradingview— Written by James StanleyContact and follow James on Twitter: @JStanleyFX element inside the element. This is probably not what you meant to do!
Load your application’s JavaScript bundle inside the element instead.

No comments to show.

Your site doesn’t have any tags, so there’s nothing to display here at the moment.